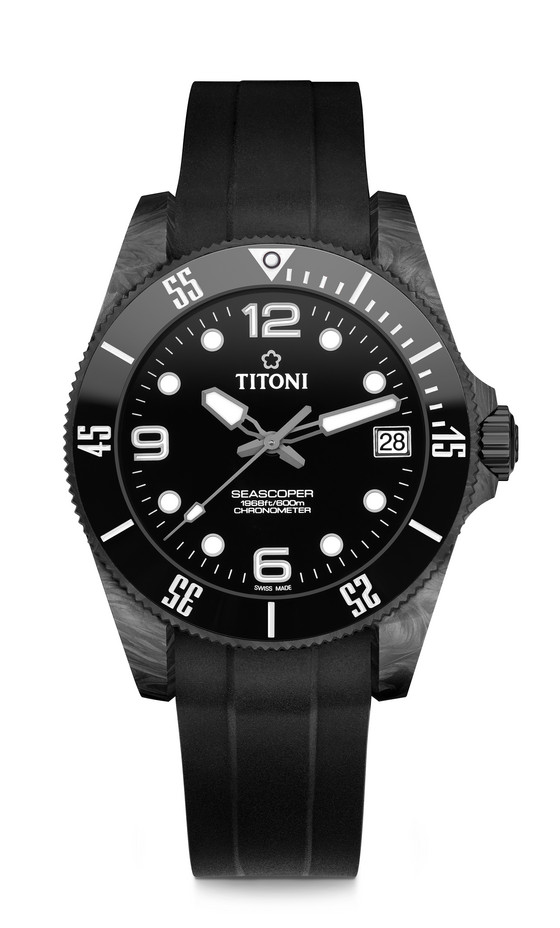 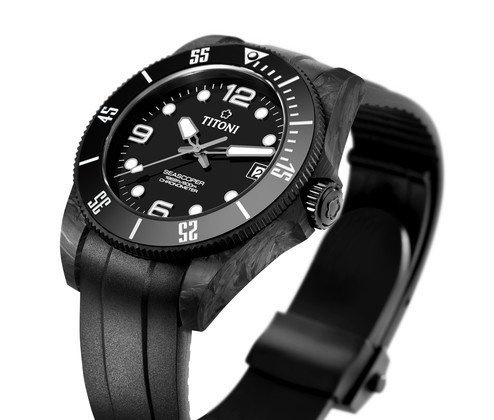 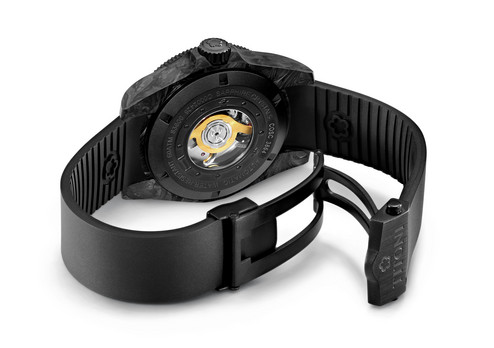 The COSC-certified Seascoper 600 CarbonTech with the company’s own T10 manufacture movement is made of carbon. Despite its robustness, this latest model in the legendary Seascoper series is extremely light in weight and has a sporty, modern look with its black appearance.

RUBBERT STRAP AND STRAP MADE OUT OF OCEAN PLASTIC

A rubber strap with high wearing comfort was specially made for the Seascoper 600 CarbonTech. The material is skin-friendly, absolutely waterproof and durable. It gives the watch a casual and sporty look. In the watch box set, a strap made of ocean plastic is also included. You can always choose what kind of bracelet you want to wear on your wrist.

The Seascoper 600 CarbonTech is the epitome of high-tech production par excellence: The high-quality carbon is often used in key industries because of its high resilience and is extremely popular thanks to its lightness. The combination of the black material and the scratch-resistant ceramic bezel makes this amazing model appear particularly sporty and modern.

Like the original Seascoper 600, the Seascoper 600 CarbonTech version also guarantees a water resistance of 600 meters. The helium valve, which is inconspicuously attached to the side of the case at the 9 o'clock position, acts as a so-called safety valve and guarantees that helium can escape from the case of the diver's watch during decompression or when surfacing.

Find a store near you